The Courage to Dream 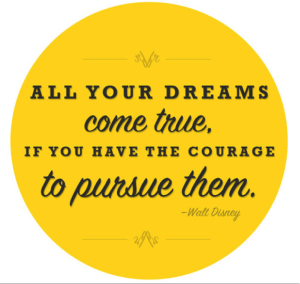 …. a magical place surrounded around the concept of a mouse. A mouse? Yes, a mouse. A place where everyone is happy, where fairytales become reality, where differences are celebrated, where families are solely focused on one another, where you eat yummy food and ride crazy rides. And it all started with a mouse.

I wonder how many times Walt & his team were made fun of, talked about and doubted. I (and I’m sure you) are glad that he kept dreaming. His dreams.. and the dreams of those who hopped on board.. became reality and have benefited (and continue to benefit) generations and generations to come.

And it all started with a mouse & a little bit of courage.

Martha Wyllie, ESP’s founder, was so fond of Mickey. I remember her mickey mouse t-shirts and the life-sized paper mached Minnie Mouse that sat on top of the fridge. While to many her obsession may have seemed childlike, I now understand her infatuation.

ESP is so seemingly far from Disney World.. and she & I so far from the geniousness of Walt. But Martha’s draw to Mickey, I now understand, had to do with courage. It takes courage to dream big, to believe in something that is seemingly impossible, to see things that others don’t and to believe when others doubt. Martha needed courage to begin ESP almost 30 years ago. There was no place for individuals to thrive during the summer, so she dreamed up ESP and had the courage to pursue it.

Five years ago I was beaten down by the obstacles ESP faced. After a long day of running camp, I would come home late and soak my feet while crunching numbers and calling back parents whose child was on the waiting list. They were anxiously awaiting to hear if their child “got in” because another child fell ill. It bothered me that the roof leaked, that our building didn’t match the spectacular programs & people whose chosen profession was to give to the equally spectacular children that we serve. What did our building say to the children & their families who walked in? It said that we didn’t have room and didn’t have space for adequate programming.

I knew that something had to change, but how? It would be years, it would be work, it seemed impossible.

I’m sure Walt reached similar moments. And I’m sure there were people there who believed in the mouse and the dream: people who refueled his courage.

We too had those people; board members, several families and best yet, the kids of ESP themselves, who helped fuel the flame.

And so three years ago, ESP courageously launched its first-ever capital campaign with one goal: a more accessible facility. Nothing shiny or fancy, just more adequate space for the individuals we serve and the ones waiting.

This has been a hard three years. Many have talked & not understood the path at which this would all unfold. I remember one conversation with a local business individual who told me our goal was too lofty, and they didn’t want to see us defeated.

A lot of small things happened; people with courage came together. And a few big things happened: people who had faith in our dream and brought others who felt the same courage. They saw it; they caught it; they believed.

This month at Big Hearts: three years after we launched a three year campaign, we made a very special announcement.

As of this June, we will be breaking ground on a 14,000 square foot facility, right next to our current home, our history, on VFW Drive. Thanks to the generosity of the VFW Club who has donated the land, we will be able to build a facility with all of our needs while keeping the historic ESP building as a gymnasium. 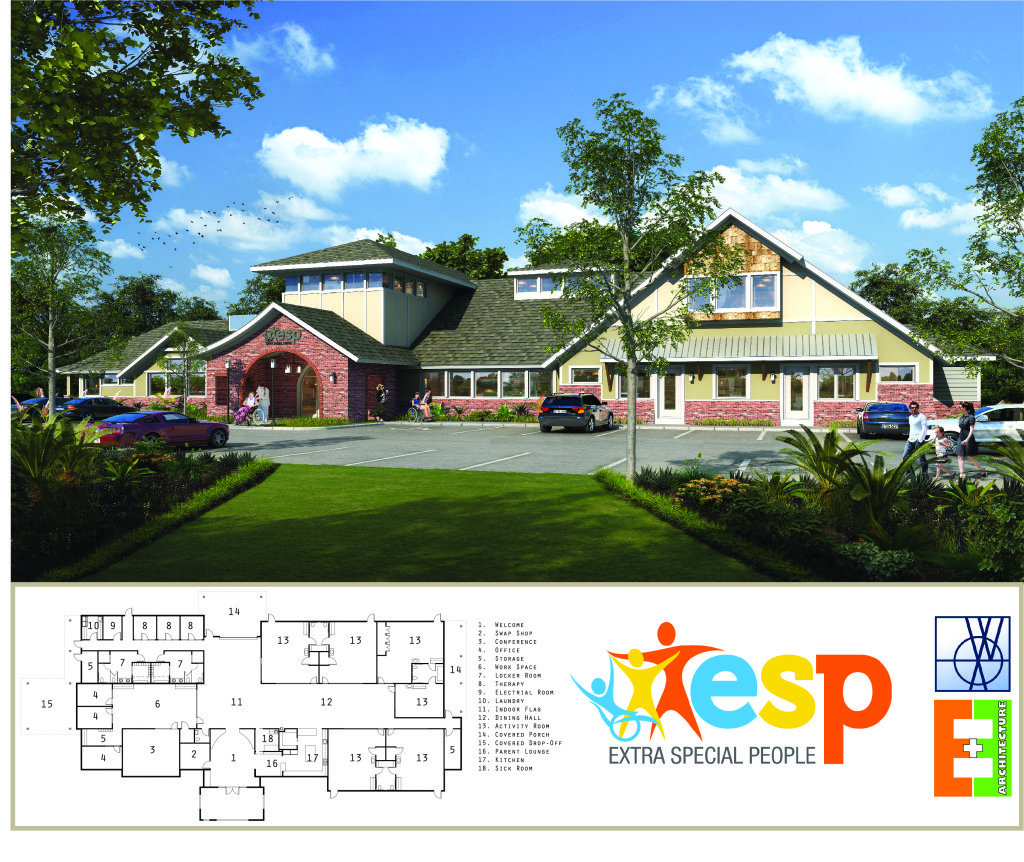 Not only that, but we’ve also had an opportunity arise that we couldn’t pass on. A dream we didn’t even realize we had. Thanks to a generous donor and a well-established camp; ESP now has a bonus property that will serve as a future site for ESP overnight camps and weekend programs. This 70-acre gift boasts a lake and a few small facilities. It’s ESP’s future plan, once the building in Watkinsville is finished and we have a home for our daily after-school activities, we will begin to gain support and build necessary facilities at the property in Jackson County. 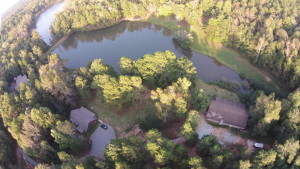 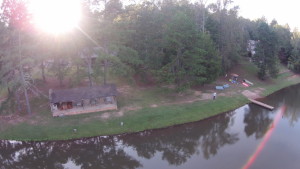 It all started with a dream & a mouse.. and look what Walt Disney World has become. I believe that Walt  envisioned a place where children could themselves be free to dream. You see, it’s not about the facilities of Walt Disney World. It’s about the experience that facilities & the people together create.

And it’s the same thing with our announcement. ESP brings the most spectacular staff and volunteers to work with spectacular kids. But the facilities have tampered with and work against the beauty we are working together to achieve. Imagine what we could do with places and people that are working for each other to create the magic of ESP.

And so…..while even with a new building & a future camp space ESP will certainly never appear to be anywhere near the caliber of Disney World….

but I’ll never forget listening to a mom being interviewed about ESP & how it’s changed her daughter and her family’s life…. she shared about her daughter. The trauma of her daughter’s birth and that life has only brought challenges. Until ESP. At the interview she stopped and with tears in her eyes said, “my daughter has life because of ESP, she loves everything about it and would be there everyday if she could. The best way to describe it is that ESP is my daughters Disney World”.

And so I now feel connected once again to the woman who started it all, Martha Wyllie. Her dream & her courage to pursue it will live on… and will continue to live on for generations to come.

Dream with us, have courage with us… it’s kind of fun to do the I’mPossible.

Copyright © 2021 The ESP logo is a registered trademark of Extra Special People, Inc. ®

Copyright © 2019 The ESP logo is a registered trademark of Extra Special People, Inc. ®